Outside of music Alex enjoys playing piano and composing for solo, small, and large ensembles. He is an avid astronomer and aquarist, drawing inspiration from both the sky and the sea. He currently lives in Shanghai, China, but calls the mountains of Colorado home.

In 2016, Alex took a position as Music Faculty at the renowned Shanghai Orchestra Academy where he worked with talented graduate students preparing them for jobs with professional orchestras all over the world. Through his work at the Academy, Dr. Wise has been asked to teach multiple courses at the Shanghai Conservatory of Music, teaching at the graduate and undergraduate level. This later lead to working with Shanghai Symphony Orchestra's Education Department as a Teaching Artist. In Shanghai, he has also served as Staff Conductor for the Children's Welfare Institutes where he conducts and mentors young choirs and orchestras throughout the city. In 2019 Alex was named the new Music Director and Conductor of the Shanghai Children's Art Theatre in Shanghai where he collaborates on several projects including educational concerts and is the conductor of the SHCAT Symphony Orchestra. His work with youth culminates every summer during Shanghai Symphony Orchestra's MISA music festival, where he is Music Director for the Youth Orchestra program, a position he has held since 2016.

In 2019 and 2020 Alex was selected as a National Finalist for the American Prize in Excellence of the Performing Arts.

His guest conducting includes appearances with the Rainbow Chamber Orchestra of Shanghai, Aurora Symphony Orchestra, Sonoma County Symphony, Rapides Symphony Orchestra, Topeka Opera, and the Louisiana Symphonietta. As a lover of new music, Alex  has held the position of Music Director of the New Music Festival in Louisiana where he has lead the premiere of over 10 new works for chamber orchestra by modern composers. As a composer, Dr. Wise has had his works performed throughout the country and has been commissioned to write several pieces for commercial and professional productions.

​Conductor and composer Alex Wise is a talent that has showcased his love and passion for music around the world.  Dr. Wise holds a Bachelor of Music in piano from Washburn University in Kansas, and two degrees in conducting: a Master of Music from Louisiana State University, and a Doctorate of Musical Arts from the University of South Carolina. He has lead orchestras both at home and abroad in Central America, England, China, and the United States. 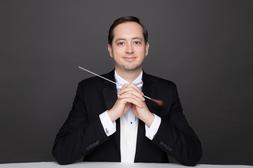 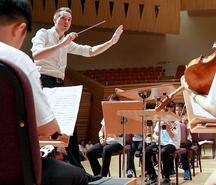